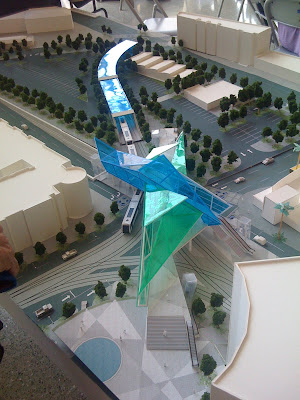 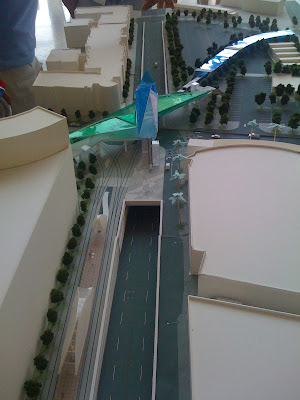 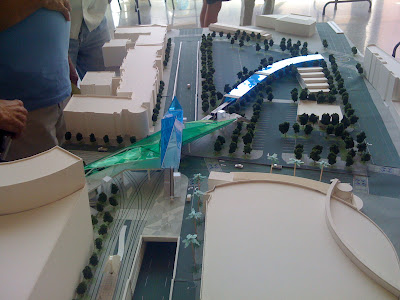 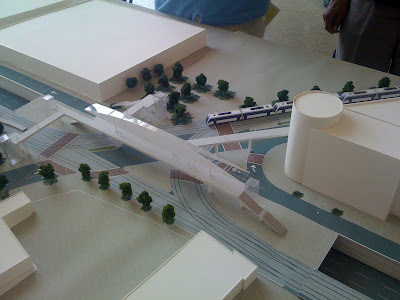 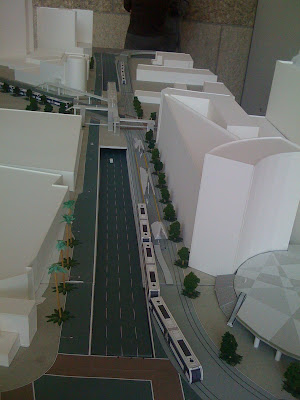 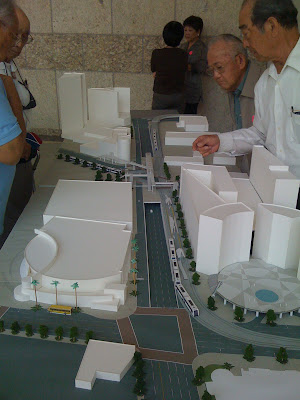 At the September Little Tokyo Community Council meeting last month, Metro publicly unveiled its at-grade regional connector option, which would run down Temple and Alameda. Above are some pictures of the models that the MTA brought for their presentation.

The Rafu Shimpo wrote up a story describing the complicated issues and struggles surrounding Metro's proposed development in Little Tokyo, and mentioned a letter issued by Senator Dan Inouye addressed to the chair of the MTA board brought up during the discussion. Here is the entirety of Inouye's letter: 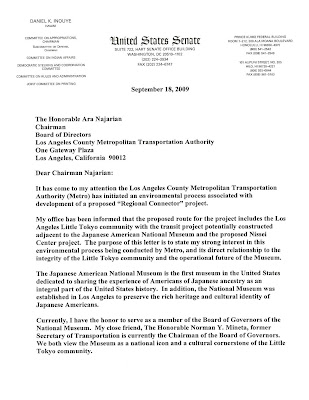 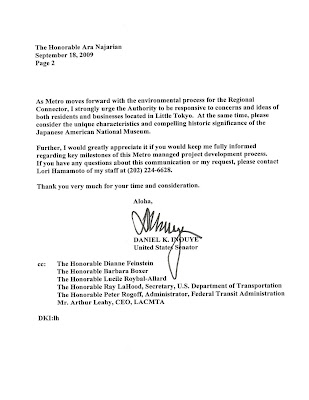