Tokyo Cafe is open for lunch 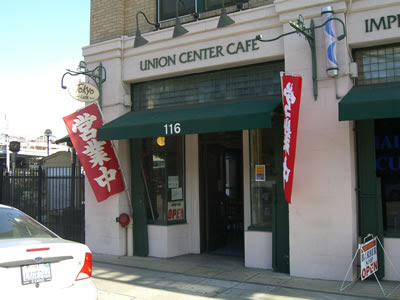 "Tokyo Cafe"
When I go out to eat, the more home-style cooking, the better I like it. It's ironic I know.

Lately, I've been making a habit of a small restaurant next to the Union Center for the Arts called Tokyo Cafe. The sign outside is misleading--it reads "Union Center Cafe." If you've never eaten there, it's probably because of the limited hours. Tokyo Cafe is only open for lunch from 11 a.m. to 2 p.m., Monday-Saturday.

Why is this restaurant only open for three hours a day? Tokyo Cafe is a true mom-and-pop business. The people who operate it have been in Little Tokyo a long time and they just don't have the stamina to keep up with normal business hours anymore. Which is sad news for the customer because the food here is really good. 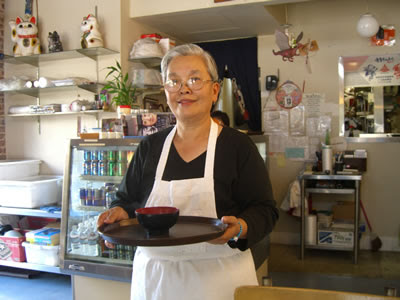 Tokiko, orginally from Japan, married into the family business and has been serving made-from-scratch shumai and mouth-watering cha shu since 1967. Her mother-in-law ran Terminal Cafe in the flower district before the war. After the war, the family opened the first Tokyo Cafe on Weller where the Piccomolo Italian Ice Cream shop is now located. They moved across the street and renamed the restaurant to Tokyo Garden. When the New Otani Hotel and Weller Court complex was built, Tokyo Garden moved to the 2nd Street side of the Tokyo Village Plaza where they served locals, downtown employees and tourists for many, many years.

My co-worker shared how much she loved the cha shu at Tokyo Garden. She wasn't the only one. At that time, cha shu was only made on Fridays, and if you didn't go early enough, they often ran out. But at least there were other delectable dishes on the menu like the egg foo young, yakisoba and teriyaki combination dinner. Tokyo Garden closed in 2000. Tokyo Cafe re-opened at the current location with the same menu and more importantly the same recipes--secrets passed on down from Tokiko's mother-in-law. The restaurant is now owned by Tokiko's sister-in-law. 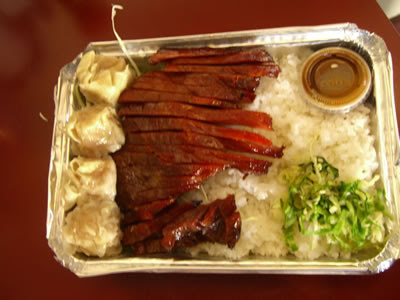 When you go, try the combination lunch special - a plate of cha shu and shu mai with rice and miso soup for $6.95. My other favorites are the tempura donburi ($6.50) and the egg foo young ($5.95). The egg foo young is an omelette with bean sprouts, fresh celery and diced bell peppers mixed in over rice and topped with an excellent gravy sauce. 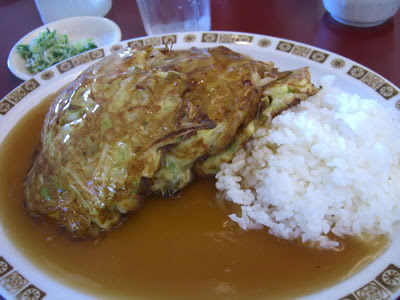